At Computex 2015 with Cooler Master 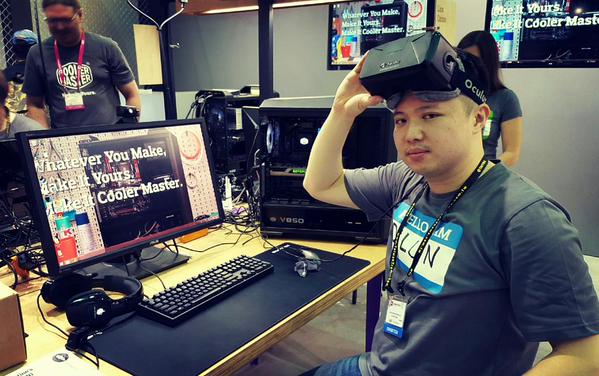 What an amazing week! I got to partner up with Cooler Master at this year’s Computex 2015.

At the Cooler Master booth, I prepared a demo of a early pre-alpha build of a VR experience that I’ve been working on titled Ziran: Passage to Nature.

This was my first ever project using Unreal Engine and to be able to see people’s first time reactions of feeling “presence” with VR was an absolute blast.

Ziran made it to the WEAREVR top ten weekly downloads